In 2020, Russian and world science celebrates the 90th anniversary of an outstanding scientist, follower of cultural-historical psychology and activity theory, founder of the developmental education system, academician of the Russian Academy of Education, Professor Vasily Vasilyevich Davydov. In connection with the anniversary, the International Scientific and Practical Conference “Scientific School of V.V. Davydov: Traditions and Innovations “, 2 thematic issues of the international journal “Psychological Science and Education” were prepared, which reflect the results of research on the problems posed in the works of V.V. Davydov.

The foundation of the scientific school of V.V. Davydov, contains three main areas: the theory of meaningful generalization and the formation of concepts, the psychological theory of learning activity and the system of developmental education. Each of these scientific directions represents an independent area of ​​research, but it is in their unity that the true depth of the theoretician and thinker V.V. Davydov is discovered.

The first direction – the theory of meaningful generalization and formation of concepts – is the core of the scientific school of V.V. Davydov. Substantial generalization, according to V.V. Davydov, is a way of thinking, the main mechanism of a thought act. A thought based on generalization of a meaningful type singles out an essential initial relation in an object, which determines its properties and attributes. Distinguishing between theoretical and empirical types of thinking in essence, V.V. Davydov substantiated two fundamentally different ways of developing concepts in children in the learning environment (V. Veselov, M. Dafermos, I. Ivich, V.T.Kudryavtsev, V.S.Lazarev, N.N. Nechaev, V.V. Rubtsov, M. Hedegaardt, P. Hakkarainen and others).

The second direction is the psychological theory of learning activity. The essence of this type of activity, according to V.V. Davydov consists in solving special educational tasks, the difference of which from other tasks solved by a person is determined by the fact that their goal and result consists in changing the subject himself, mastering generalized methods of action. The solution of an educational problem characterizes the integral act of educational activity and determines its “building unit”. In the theory of educational activity V.V. Davydov carried out a substantive reconstruction of the concept as a method of activity, on this basis the problem of the activity content of education was posed, and in essence – the necessity of creating a fundamentally new activity didactics was substantiated. The development and practical solution of the problem of the activity content of education, characterizes the breakthrough direction of the development of the scientific school of V.V. Davydova (V.A. Bolotov, V.A.Guruzhapov, Yu.V. Gromyko, E.I. Isaev, S.G. Kosaretskiy, V.S.Lazarev, A.A. Margolis, I.M. Remorenko, V.V. Rubtsov, J. Ryukriem, I.D. Frumin, B.D. Elkonin).

The third direction concerns the system of developmental education (RO) – this is the most intensively emerging applied research and development direction in the scientific school of V.V. Davydov. In education, this direction was formalized as the Elkonin-Davydov didactic system (E.V. Vysotskaya, A.B. Vorontsov, G.N. Kudina, A.G. Kritsky, V.S. Lazarev, V.A. K. Maximov, G. G. Mikulina, Z. N. Novlyanskaya, V. V. Repkin, M. A. Yanishevskaya, etc.). A necessary component of the RO system is the diagnosis of theoretical thinking and the development of its main structural components. Methods for diagnosing such components of theoretical thinking as analysis, planning, reflection, consistency are quite well developed and are an integral part of the RO system (A.Z. Zak, V.Kh. Magkaev, A.M. Medvedev, L.K. Maksimov, V. V. Muldarov, P. G. Nezhnov, I. M. Rivina and others). Special attention in the RO system is also paid to the development of methods for diagnosing the development of metasubject competencies and personal educational results in children studying by the type of educational activity (V.A. Bolotov, E.V. Vysotskaya, P.G. Nezhnov, N.I. Polivanova, I. M. Ulanovskaya, E. I. Chudinova, G. A. Tsukerman, M. A. Yanishevskaya).

A fundamentally important area of ​​research in the scientific school of V.V. Davydov is the development of the idea of ​​the initial collectively distributed forms of organizing educational activities. Initially, this idea was developed on the example of the formation of specific scientific concepts in children. Subsequently, the results of these studies served as the basis for the design of educational subjects providing for the organization of group and joint forms of teaching schoolchildren (E.V., Vysotskaya, V.A.Guruzhapov, G.G. Kravtsov, A.G. Kritsky, R.Y. Guzman , T.A. Matis, Z.N. Novlyanskaya, Yu.A. Poluyanov, G.A. Tsukerman).

The concept of a jointly-distributed form of learning activity (“collective form”) made it possible to discuss in a new way the question of the mechanisms of meaningful generalization and the formation of concepts in children. The data accumulated here, on the one hand, broadens the understanding of the mechanisms of theoretical generalization, and on the other hand, allows a critical look at the scientific polemics of V.V. Davydova with L.S. Vygotsky on the ways of concept formation, in particular on the problem of generalization and its role in the development of scientific concepts in childhood. Two provisions are key in this context. Firstly, the provision that the system of objective actions, specific for identifying essential relationships in an object or situation, in its original form represents the organization of these actions as jointly distributed between the participants in the activity, and, secondly, the provision that the transition from objective actions to their implementation in the mental plane is associated with the socialization of the very mode of action, mediated by the emerging community of participants (V.A.Ageev, R.Ya. Guzman, A.G. Kritsky, L. Martin, V.V. Rubtsov, G. A. Zuckerman, Y. Engeström).

The system of developing education, the foundations of which were created by V.V. Davydov, his students and followers, is not a frozen didactic system. Its further development is currently due to the need to solve new problems, first of all, the need to design developmental education and create effective models of a new school. An important step in this direction is associated with the substantiation of the model of the modern school as an ecosystem of child-adult communities and various types of activities (Yu.V. Gromyko, V.A.Guruzhapov, A.A.Margolis, V.V. Rubtsov, etc.). The developed model, on the one hand, is based on the ideas of L.S. Vygotsky about modeling cultural means and methods of activity in the forms of child-adult communities, and on the other, this model meets the principles of new activity didactics, which are laid down and discussed in the scientific school of V.V. Davydov.

The conference program provides for a broad discussion of the key ideas and provisions formulated in the scientific school of Professor V.V. Davydov, as well as the results of research and development, which are currently conducted by the closest students and followers of Vasily Vasilyevich and continue to determine the field of searching for conditions and effective mechanisms for the development of children in learning, ensuring the formation of their abilities that allow them to live and actively act in new conditions risks and social change. 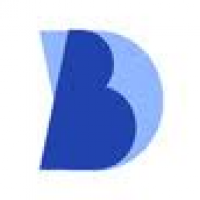